MSG Siler was born and raised in Danville, KY. He graduated from 19D Cavalry Scout One Station Unit Training on 17 November of 2005 at Fort Knox, Kentucky.

Upon graduation of One Station Unit Training MSG Siler was assigned to the 1st Armored Division Special Troops Battalion, located in Wiesbaden Germany where he served as an Operations Assistant for the Division Operations Center. During his assignment he deployed to Tikrit, Iraq to conduct operations in support of Operation Iraqi Freedom from September of 2007 until December of 2008.

His next assignment was as a Squad Leader, Section Sergeant and Platoon Sergeant in the 4th Squadron, 10th Cavalry Regiment at Fort Carson, Colorado. During his assignment MSG Siler deployed to Amara Iraq in support of Operation Iraqi Freedom and Operation New Dawn from March of 2010 until December of 2010. Upon redeployment MSG Siler was Department of the Army selected to attend the United States Army Drill Sergeant Academy.

MSG Siler’s next assignment was as a Platoon Sergeant and First Sergeant in 1st Squadron, 32nd Cavalry Regiment at Fort Campbell, Kentucky. During his tenure as a Troop First Sergeant, MSG Siler successfully led over 100 soldiers through a Brigade Combat Team training rotation to include: Squadron FTX, Brigade FTX and a 9 month deployment to Baghdad Iraq in support of Operation Inherent Resolve from January 2019 until September 2019. 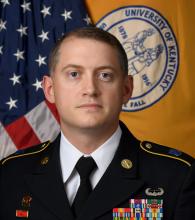